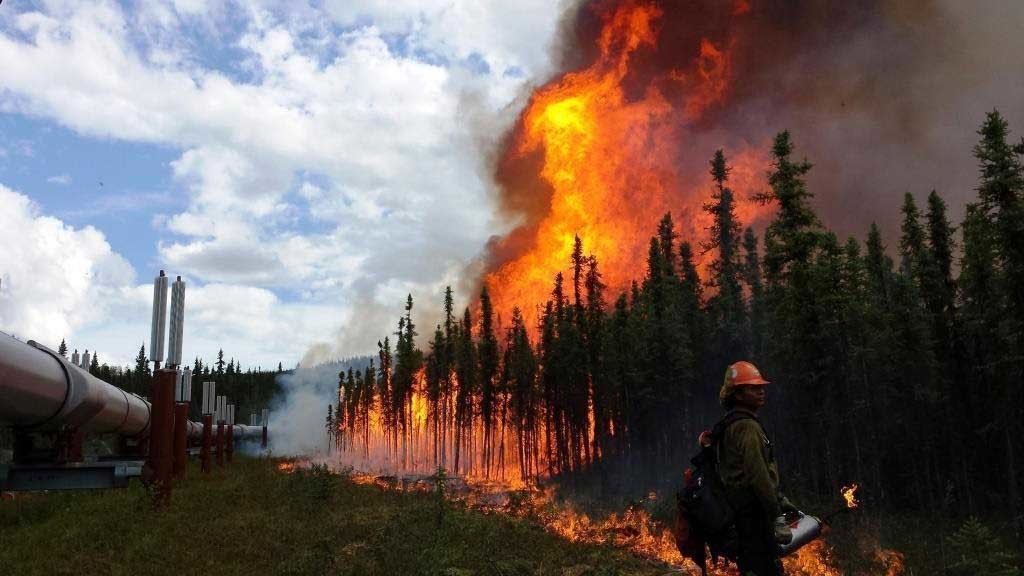 According to an interesting article from High Country News, 2015 wildfires burned a record-breaking 10.1 million acres with fires in Alaska helping to smash 2006 record.

The summer of 2015 was unlike anything most career firefighters had ever seen. Across the United States, fires erupted not only in dry woodlands, but also in grasslands, rainforests, and tundra, ignited by lightning strikes and careless campers. Flames dripped from lichen-covered trees in the Pacific Northwest, and in Alaska, ate into permafrost. Two hundred. U.S. military personnel were called in to battle the ferocious blazes across the West — as were Canadians, Australians, and New Zealanders.